How familiar are you with the cobots of Universal Robots? There are a few incorrect assumptions about these cobots. We debunk five myths about cobots.

Myth 1: Universal Robots are dangerous to work with

Furthermore, it’s also possible to set up safety boundaries. This way you’ll learn the cobot not to pass specific zones. For example the side where the employer stands.

One of the most frequent heard myths is that robots/cobots are replacing jobs. The opposite is true, they create jobs! The repetitive and heavy task are done by the cobots, so employer can do tasks what people can do best. Human skill, critical thinking, decision-making and creativity cannot be replaced by machines. This means there is a shift in activities.

Myth 3: it’s a hassle to implement and maintain cobots

Despite to some robots, cobots are really easy to implement, operate and maintain. And, because they’re compact and lightweight, there is no need to change the production layout when switching the cobot between tasks. They’re easily programmed or re-deployed and require minimal maintenance. 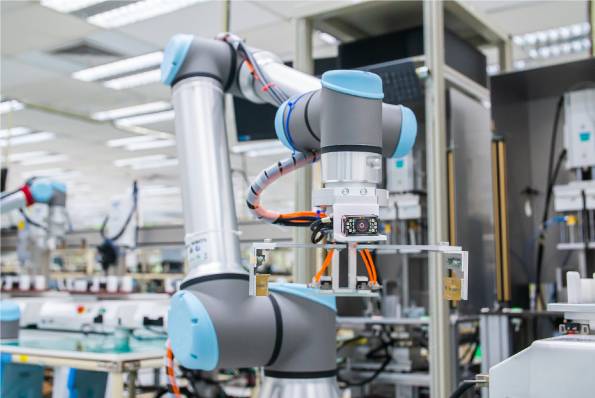 When most people think of robots, the image of a large, lumbering box used on assembly lines often comes in mind. But the reality is, with the flexibility of cobots, companies can automate even the simplest tasks. Regardless of the scale of output, cobots can be deployed for processes that are repetitive, manual, or potentially strenuous for workers.

A good example is shown at N-R-P CNC Products, owned by Nick Visser. This is a company with a few employees. His CNC-machine is automated by a cobot of Universal Robots. This way he has more time left to focus on the growth of his company. You can find the case study here.

The opposite is true, a cobot will reduce costs. This is because the installation is very easy, there are no large changes necessary within the company. Cobots can be used over and over again for different kind of tasks within the production line, and this 24/7.

These are the most important myths about cobots . Do you have any further question about cobots or do you want to use Universal Robots to automate your production? Feel free to contact us.